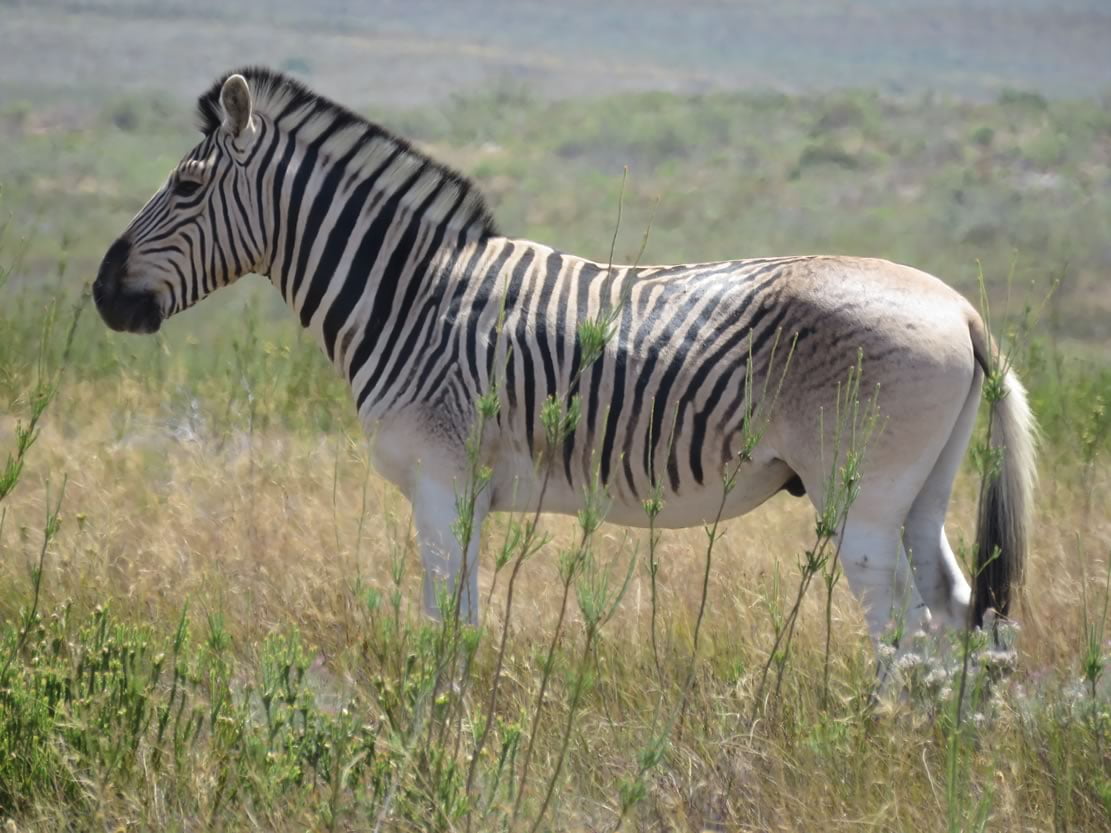 Back from the dead? First Quagga Project sales reach record prices at auction

According to Mike Gregor, Chairman of the Quagga Project, “typically it is difficult to even find a buyer for plains zebra. But these animals are far from typical. Nothing like this has ever been offered for sale before and with this money we can finally begin to right a terrible wrong inflicted on the quagga a hundred and fifty years ago.”

Decades of selective breeding, rigorous attention to the defining characteristics of the lost quagga, and an exhausting, collective effort have persuaded wildlife specialists that the ‘extinct’ quagga is indeed on the way back.

Thirty years ago, a small group of Western Cape farmers were convinced by visionary taxidermist, Reinhold Rau, that the quagga was not dead – it was just hiding under the stripy hides of its cousins, the plains zebra. Rau’s trump card in 1984 was to combine pioneering DNA techniques, and century old pieces of quagga fat from a hide he had remounted, to prove that the quagga was not an extinct zebra species after all – it was a colour variant of the common plains zebra.

The last recorded quagga died in Amsterdam Zoo in 1883 but even then no-one knew the animals had already disappeared in the wild.

With just twenty-three skins in museums worldwide, and a handful of paintings, the Quagga Project was determined to try and re-breed the quagga. Project member and genetics expert, Professor Eric Harley, knew then that “although there might be characteristics of the quagga that we would never discover, the fact remained that the quagga was only ever defined by its appearance, which we could still see in the museum hides. Markedly fewer stripes and a browner hue.”

Were those attributes still out there, diluted in the greater plains zebra population? And could selective breeding concentrate those characteristics to bring them back consistently?

Nineteen wild zebra, with either slightly diminished striping, or a subtly darker hide, were captured and brought into the project in the mid-1980s.

In 1987 the first foal was born and 1,873 more since then. Selection has been rigorous and individuals that neither looked more quagga-like, nor produced quagga-like offspring, were sold. Today there are just 142 animals spread over ten locations in the South Africa’s Western Cape. Three were sold on the 17th of March.

The Project’s single objective, unwavering over three decades and finally made possible by the first successful sale of Quagga Project animals, is to establish and protect in perpetuity, a core herd of the very best animals in the project. The herd will be continually ‘improved’ until they are indistinguishable from the original quagga when they will hopefully ‘rewild’ game reserves across their original range.

Rienhold Rau, the museum taxidermist who started it all, did not live to see this incredible milestone. But, as the man who was closer to the quagga, literally and spiritually, than any other person alive, he felt a keen responsibility to right the wrongs done to the quagga. On 17 March 2017, the world recognised that he had achieved something truly remarkable.